Based on the book by Kelly S. DiPucchio
Book, music and lyrics by Joan Cushing

When Grace's teacher reveals that the United States has never had a female president,  Grace asks “Where are the girls?” , as her third-grade teacher rolls out a poster of all 44 U.S. presidents. Frustrated by the lack of female faces in the White House, Grace decides she wants to be the first female president. Grace  immediately starts off her political career as a candidate and initiates a mock school election. She seems the likely winner until the most popular boy runs against her.

In this timely story, the basics of elections, from campaigns to the complexity of the electoral college are explained in a way that is clear and age appropriate.  Offering an inspiring example perseverance, courage, and independent thought of how to choose our leaders. Join Grace and her classmates on a musical theater journey through the throes of campaigning and pep rallies, service projects and posters, as Grace and her classmates discover what it takes to be the best candidate.

CASA MAÑANA (PRODUCER) Junie B in Jingle Bells, Batman Smells is produced by Casa Mañana, the same theatre who produced the acclaimed tours of A Year with Frog & Toad, Mr. Popper's Penguins and Rapunzel! Rapunzel! A Very Hairy Fairy Tale. Located in the heart of the cultural district of Fort Worth, TX, Casa Mañana Theatre specializes in professional Broadway and Children's Theatre and arts education, and has done so for more than 50 years. As a performing arts organization, Casa Mañana strives to create, nurture and advance live professional theatre unparalleled in artistic excellence for the enrichment and education of its diverse community and its future generations of artists and patrons. Recently, Casa Mañana’s Performing Arts Conservatory was listed first in regional theatre training programs by backstage.com.  Learn more at www.casamanana.org. 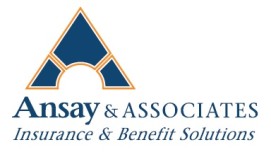